Vince Neil on Tybee Island: quote: ‘Pirates and motorcycles. It sounds like fun’.  From Tybee to Mexico City.

“Pirates and motorcycles,” Neil says. “It sounds like fun.”
Neil will  headline the 2012 Tybee Island Pirate Festival on Oct. 4-7. The festivities will begin at the 2012 Tybee Island Buccaneer Ball from 6-10 p.m. Oct. 4 at The Crab Shack.
There will be costume contests, a grub and grog, and a king and queen will be crowned at 7:30 p.m. to reign over the ball and the rest of the weekend festivities.
Costume prizes will be awarded for Best Buccaneer and Best Wench. The feast will include suckling pig, crab doubloons, caribBEANS, peg leg chicken, Bahamian mac and cheese, drunken fruit, swords of shrimp and more.
All other events of the festival, which is organized by the Tybee Island Tourism Council, will take place at the South Beach parking lot at Tybrisa Street on Tybee Island. The place with the pointed tents.
This is the eighth year for the festival.
Neil’s concert will be at 7 p.m. Oct. 6, but there are lots of other activities throughout the weekend. Live entertainment will include the Eric Culbertson Band and the Jimmy Buffet cover band, A1A.
Neil is best known as the lead vocalist of Mötley Crüe, alongside Mick Mars on lead guitar, Nikki Sixx on bass and percussionist Tommy Lee.
“I’ve been doing Motley for 31 years,” Neil says.
Although he and Lee are known for their contentious relationship today, they were friends in high school. They reunited in 1981, Neil says, which resulted in the founding of Mötley Crüe.
“We started out playing nightclubs in Hollywood in the early ’80s,” Neil says. “We financed our first record ourselves.
“We started getting away at the clubs. We steadily built up a fan base.”
Together, they have created classic albums, including “Shout at the Devil” and “Girls, Girls, Girls.” At the pirate fest, Neil will perform a variety of Mötley Crüe hits and some of his solo songs.
Worldwide, Mötley Crüe has sold more than 80 million albums and its members are international superstars and bad boys of rock and roll. Their most recent album, “Saints of Los Angeles,” was nominated for a Grammy Award in 2009.
In addition to his career with the band, Neil established himself as a solo artist in 1993. His most recent album is “Tattoos & Tequila,” a soundtrack to his tell-all book, “Tattoos & Tequila: To Hell and Back with One of Rock’s Most Notorious Frontmen.”
Although he’s famous for his music, Neil never had much musical background. “The only reason I started singing is because a guy in high school asked me to join his band,” he says.
Recently, Neil has been touring with Mötley Crüe and Kiss, and will present his Pirate Festival concert during a break in the tour schedule.
“I have a few days at home and then I’ll go do the show in Tybee and from there I’ll go to Mexico City to do another show with Mötley and Kiss,” he says.

Life on the road
Touring these days is much more pleasant than it was when Mötley Crüe was founded, Neil says.
“Back then, we had no money, now we do.
“We travel very comfortably. We have 30 or so semi-trucks and almost 200 guys putting stuff together five days a week.”
All the members of Mötley Crüe have had numerous brushes with the law, have been involved in scandals, had countless escapades with women and are heavily tattooed. Neil has been married four times and arrested for offenses ranging from DUI to attacking a sex worker.
Despite that, he also is involved in raising money for several charities. The closest to his heart is the Skylar Neil Memorial Foundation, a tribute to his daughter, whom he lost to cancer in 1995 when she was just four.
Over the years, Neil has owned a variety of businesses, including a clothing line and a tattoo parlor.
“Today I have several clubs, a Mexican restaurant, a tequila company and a vodka company,” he says.
“There’s a strip club in Vegas. It’s business. Things come up and they sound like fun.
“My first nightclub was in West Palm Beach, Fla.,” Neil says. “I live in Vegas. I love Mexican food and it goes with tequila — I like things that are fun and going to make money.”
One of Neil’s most favorite moments as a performer came in 1983 when the band played a large festival.
“There were almost 400,000 people,” he recalls.
“You couldn’t see the end of people. It really stands out. We never again played to that many people. It was all a blur of color where you can’t see faces.”
Another highlight was meeting Mick Jagger.
“For me, that was pretty crazy,” Neil admits.
“We actually had the opportunity to open some shows for the Rolling Stones. That was pretty cool. You get kind of star-struck and don’t know what to say.”
Neil is bringing his solo band, drummer Zoltan Chaney and Slaughter members Jeff Blando and Dana Strumas, to the Pirate Fest.
“We’ll do some fun cover songs,” Neil says. “We change it up all the time.
“It could be Zeppelin, ZZ Top — it could be anything because we change from day to day,” he says.
“Come on out and have some fun.”

PIRATE FEST SCHEDULE
Pirate Festival weekend passes are available for $22. Children 12 and younger are admitted free of charge.
Weekend passes may be purchased in advance at tybeepiratefest.com. For more info, call 912-786-5444 or visit the website. 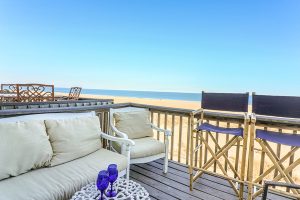 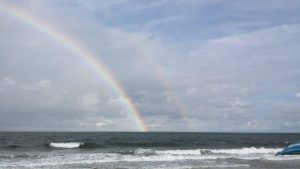